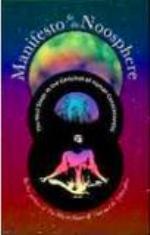 The ascension to the noosphere or Supermind will be an unprecedented mind shift. Jose Arguelles

What is the next stage in human consciousness evolution?

What would life be like if all 7 billion people recognized themselves as one conscious planetary being?

This Manifesto by Jose Arguelles explains the Noosphere as the next step in human and earth evolution. He defines the Noosphere/Psi Bank as the psychic field of human thought surrounding the Earth. It extends beyond the Earth’s biosphere reaching up through the electromagnetic field.

According t0 Arguelles after 40 years of research, December 21, 2012 opens a gateway for humanity to make an evolutionary shift through an act of collective consciousness. In the past, humanity’s thought form creation has been unconsciousness and negative.

Manifesto for the Noosphere informs and prepares humanity how to make this shift in a conscious positive way. Arguelles integrates the work of Teilhard de Chardin, Sri Aurobindo and the Mayans, as well as Russia scientists.

The Manifesto for the Noosphere

I am one with the Earth.

The Earth and myself are one mind.

‘Manifesto for the Noosphere’ is not only a work of genius but a vital guide to making the shift from the biosphere to the noosphere, the next stage in the evolution of Earth consciousness. Barbara Marx Hubbard, Foundation for Conscious Evolution

Tips for Creating a Conscious Noosphere: 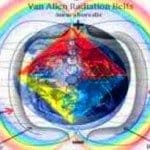 1. Free yourself through detoxifying your body, meditation, claiming personal empowerment, self-healing, and expanding your heart in selfless love.

2. Do daily the Rainbow Bridge Meditation given by Jose Arguelles.

Michael David Lawrience is the author of Emotional Health: The Secret from Drama, Trauma, and Pain His book provides ways for improving emotional health, easing pain and stress, healing physical and emotional abuse, and spiritual awakening.

Michael as a Residential and Self-Esteem Coach and Mentor has over 13 years experience teaching teens self-awareness, self-esteem, and self-reliance. See eBook https://www.amazon.com/Self-Esteem-Teens-Guide-Michael-Lawrience-ebook/dp/B009L4JLMO